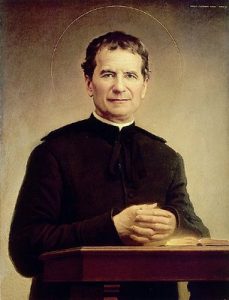 Is one of the famous monks in the Church

Known Catholics And is revered by the public around the world Because it has made up the virtues of the children and the youth. Until receiving the nickname “Father and Teacher of Youth”

(2358 B.E.) in the Becky Sub-district, Asti Province in northern Italy Their family is very poor. Rather, it was a family of integrity, morality, and strict devotion to their own religion. When he was only two years old, he had to have a father. But there is also Mother Margarita to take care, care, teach, train, to be a patient, strong, generous, supportive, loving, truthful, upholding justice. And show compassion for poverty.

When he was 9 years old, I dreamed of an important event in my life. Jesus and Mary appeared in that dream. As a force to do so, it is determined that efforts must be made to advance in knowledge and education. They also need to be ordained as a monk in order to be able to help children and young people who are born.

Or neglected lack of training Such intentions are true. It is possible to cut through many obstacles to study various fields. Until finally achieved success Having studied until ordained as a monk on June 5, 1841

Start a business as intended, namely They started borrowing places to buy some, and gathering the poor poor children together. Yes, it is a person who teaches and teaches both in morality and ethics. And academic knowledge. In addition, children are also encouraged to do internships as required.

He was good when these boys were growing up and knew a good job.

Doing so is the recruiter for him to run his business.

Pabosco quickly expanded from Turin to other cities at first, with the help of older children, priests and lay people.

Some later, Dari saw that for permanent stability and consistency in this mission. It is imperative that a support is needed to continue to train, teach, and care for the children, so Ms. Pob Bosco has received approval from the Church Administrator. To form a group of priests called “Salesian Faculty”

The mission of this Salesian, Ms. Bosco

Given quickly๎ in the protection of Saint Francis de

Salles because this saint was a philanthropist, gentle, sweet, good-natured, and always smiling. All of which are ideal qualities for keeping a child in love. Suitable for inducing children to be good people One of the main objectives of the Salesians is to turn the youth school into a gathering of children and youth on Sunday. To train them morally

To know how to do the place that man should have before God.

For the country, the parents, and the other people.

Ms. Pob Bosco passed away on

The Church has appointed Ms. Pobosco.

(B.E. 2477) and on the 31st of January of each year Members of the Salesian In addition, children and youth in Salesian schools with Christians around the world will join together to attend a ceremony for the honor of being held. To ask that He could protect them from all dangers. 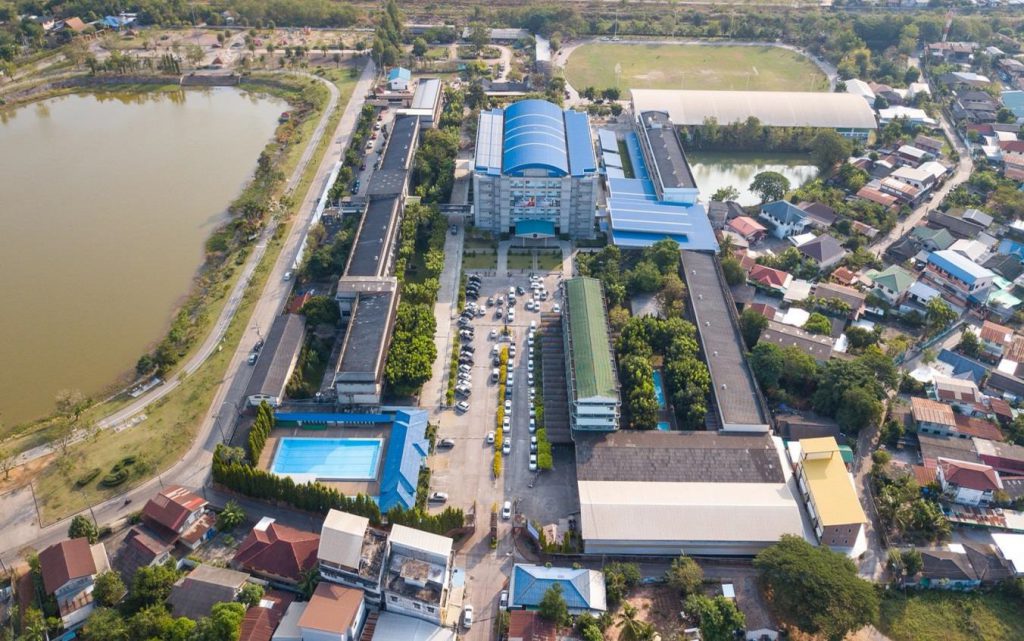 Don Bosco Wittaya School Udon Thani Province It is a Catholic educational institution. Under the administration by Salesian clergy Strive to develop children and youth into perfect persons Be a good citizen of good quality and a good sacrament of religion.

Grace Jao Klarins Jeduhart, the head of the Diocese of Udon Thani It intends to set up an educational institute in the province to preach knowledge and moral training for the youth of the nation. Therefore, Salesian clergy has been contacted to establish a school in Udon Thani city center. Chau Salesian District Pastor Hector Freireio then sent Archbishop Carlo Casetta to set up a school on purpose on June 24, 1949. Currently, it has a total area of ​​65 rai, with a territory to the north of Nong Si. m South of the country. On the east, take the railway zone The west touches all that. The school was authorized to establish a school on March 20, 1957 and taught from May 17, 1957 onwards. At present, Don Bosco Wittaya School has been teaching since Kindergarten. Up to the secondary school year 6

The meaning of the Salesian Seal

Jarus Saeng means the virtue of faith,
the big anchor means the virtue of sensitivity,
heart, fire, meaning the virtue of love. This is a charitable activity. Which members of Salesian priests had to adhere to
St. Francis de Salse means the patron of the Salesian group. The tree stands for St. John Bosco (Bosco). Attempting to reach the
Chaiyapruek (palm branch and olive) means a reward to a Salesian member who has lived a sacred life and sacrificed the Latin word “DA MIHI ANIMALS CAETERA TOLLE”. It is the ideal of St. John Bosco that the members must abide by and follow the style of work.